As of late, greater efforts are being made in the use of nanoemulsion techniques to encapsulate, protect, and deliver functional compounds for food applications, given their advantages over conventional emulsification techniques. In addition, delivery systems of nano-scale dimensions use low-energy emulsification methods and exclude the need of any solvent, heat, or sophisticated instruments in their production.

This book contains in-depth information on a technology overview, physical and nanostructural characterization, as well as applicability of the nanoemulsion technique in food sciences. It is a concise body of information that is beneficial to researchers, industries, and students alike. The contributing authors are drawn from a rich blend of experts in various areas of scientific field exploring nanoemulsion techniques for wider applications.

Chapter 3: Recent Advances in The Preparation Methods of Nanoemulsions

Fate of Nanoemulsions in Biological Systems

Separation Techniques for Characterization of Nanoemulsions

Javed Ahmad, Ph.D., (ORCID iD: 0000-0002-7025-751X) is an Assistant Professor at the Department of Pharmaceutics College of Pharmacy, Najran University, KSA. He received his Ph.D in Pharmaceutics from Jamia Hamdard, New Delhi, India. His mean working experiences are nanotechnology–mediated drug delivery through different routes to improve the clinical efficacy and pharmacokinetic profile of different therapeutics for better management of various diseases. He has guided numerous students of Masters and Ph.D for their research projects. He received many awards for his scientific findings and reviewing tasks. He is the author of nearly 100 publications and/or book chapters. He is the editor of Bioactive Phytochemicals: Drug Discovery to Product Development (Bentham Science Publisher, 2020).

Leo M. L. Nollet earned an MS (1973) and PhD (1978) in biology from the Katholieke Universiteit Leuven, Belgium. He is an editor and associate editor of numerous books. He edited for M. Dekker, New York—now CRC Press of Taylor & Francis Publishing Group—the first, second, and third editions of Food Analysis by HPLC and Handbook of Food Analysis. The last edition is a two-volume book. Dr. Nollet also edited the Handbook of Water Analysis (first, second, and third editions) and Chromatographic Analysis of the Environment, third and fourth editions (CRC Press). With F. Toldrá, he coedited two books published in 2006, 2007, and 2017: Advanced Technologies for Meat Processing (CRC Press) and Advances in Food Diagnostics (Blackwell Publishing—now Wiley). With M. Poschl, he coedited the book Radionuclide Concentrations in Foods and the Environment, also published in 2006 (CRC Press). Dr. Nollet has also coedited with Y. H. Hui and other colleagues on several books: Handbook of Food Product Manufacturing (Wiley, 2007), Handbook of Food Science, Technology, and Engineering (CRC Press, 2005), Food Biochemistry and Food Processing (first and second editions; Blackwell Publishing—now Wiley—2006 and 2012), and the Handbook of Fruits and Vegetable Flavors (Wiley, 2010). In addition, he edited the Handbook of Meat, Poultry, and Seafood Quality, first and second editions (Blackwell Publishing—now Wiley—2007 and 2012). From 2008 to 2011, he published five volumes on animal product-related books with F. Toldrá: Handbook of Muscle Foods Analysis, Handbook of Processed Meats and Poultry Analysis, Handbook of Seafood and Seafood Products Analysis, Handbook of Dairy Foods Analysis, and Handbook of Analysis of Edible Animal By-Products. Also, in 2011, with F. Toldrá, he coedited two volumes for CRC Press: Safety Analysis of Foods of Animal Origin and Sensory Analysis of Foods of Animal Origin. In 2012, they published the Handbook of Analysis of Active Compounds in Functional Foods. In a coedition with Hamir Rathore, Handbook of Pesticides: Methods of Pesticides Residues Analysis was marketed in 2009; Pesticides: Evaluation of Environmental Pollution in 2012; Biopesticides Handbook in 2015; and Green Pesticides Handbook: Essential Oils for Pest Control in 2017. Other finished book projects include Food Allergens: Analysis, Instrumentation, and Methods (with A. van Hengel; CRC Press, 2011) and Analysis of Endocrine Compounds in Food (Wiley-Blackwell, 2011). Dr. Nollet’s recent projects include Proteomics in Foods with F. Toldrá (Springer, 2013) and Transformation Products of Emerging Contaminants in the Environment: Analysis, Processes, Occurrence, Effects, and Risks with D. Lambropoulou (Wiley, 2014). In the series Food Analysis & Properties, he edited (with C. Ruiz-Capillas) Flow Injection Analysis of Food Additives (CRC Press, 2015) and Marine Microorganisms: Extraction and Analysis of Bioactive Compounds (CRC Press, 2016). With A.S. Franca, he coedited Spectroscopic Methods in Food Analysis (CRC Press, 2017), and with Horacio Heinzen and Amadeo R. Fernandez-Alba he coedited Multiresidue Methods for the Analysis of Pesticide Residues in Food (CRC Press, 2017). Further volumes in the series Food Analysis & Properties are Phenolic Compounds in Food: Characterization and Analysis (with Janet Alejandra Gutierrez-Uribe, 2018), Testing and Analysis of GMO-containing Foods and Feed (with Salah E. O. Mahgoub, 2018), Fingerprinting Techniques in Food Authentication and Traceability (with K. S. Siddiqi, 2018), Hyperspectral Imaging Analysis and Applications for Food Quality (with N.C. Basantia, Leo M.L. Nollet, Mohammed Kamruzzaman, 2018), Ambient Mass Spectroscopy Techniques in Food and the Environment (with Basil K. Munjanja, 2019), Food Aroma Evolution: During Food Processing, Cooking, and Aging (with M. Bordiga, 2019), Mass Spectrometry Imaging in Food Analysis (2020), Proteomics in Food Authentication (with S. Ötleş, 2020), Analysis of Nanoplastics and Microplastics in Food (with K.S. Siddiqi, 2020), and Chiral Organic Pollutants, Monitoring and Characterization in Food and the Environment (with Edmond Sanganyado and Basil K. Munjanja, 2020). 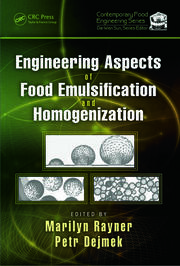 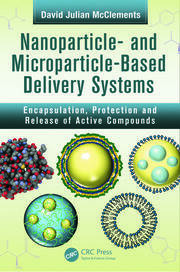 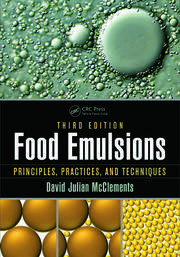