The seventh edition of this classic text outlines the fundamental physical principles of thermal radiation, as well as analytical and numerical techniques for quantifying radiative transfer between surfaces and within participating media. The textbook includes newly expanded sections on surface properties, electromagnetic theory, scattering and absorption of particles, and near-field radiative transfer, and emphasizes the broader connections to thermodynamic principles. Sections on inverse analysis and Monte Carlo methods have been enhanced and updated to reflect current research developments, along with new material on manufacturing, renewable energy, climate change, building energy efficiency, and biomedical applications.

This textbook is ideal for Professors and students involved in first-year or advanced graduate courses/modules in Radiative Heat Transfer in engineering programs. In addition, professional engineers, scientists and researchers working in heat transfer, energy engineering, aerospace and nuclear technology will find this an invaluable professional resource.

Over 350 surface configuration factors are available online, many with online calculation capability. Online appendices provide information on related areas such as combustion, radiation in porous media, numerical methods, and biographies of important figures in the history of the field. A Solutions Manual is available for instructors adopting the text.

John R. (Jack) Howell received his academic degrees from Case Western Reserve University (then Case Institute of Technology), Cleveland, Ohio. He began his engineering career as a researcher at NASA Lewis (now Glenn) Research Center (1961–1968) and then took academic positions at the University of Houston (1978–1988) and the University of Texas at Austin, where he remained until retirement in 2012. He is presently Ernest Cockrell, Jr., Memorial Chair Emeritus. He pioneered the use of the Monte Carlo method for the analysis of radiative heat transfer in complex systems that contain absorbing, emitting, and scattering media. Jack has concentrated his research on computational techniques for radiative transfer and combined-mode problems for over 60 years. Recently, he has adapted inverse solution techniques to combined-mode problems and to radiation at the nanoscale. His awards in heat transfer include the ASME/AIChE Max Jakob Medal (1998), ASME Heat Transfer Memorial Award (1991), AIAA Thermophysics Award (1990), the Poynting Award from JQSRT (2013) and the 2018 International Center for Heat and Mass Transfer Luikov Medal. He is an elected member of the U.S. National Academy of Engineering (2005) and a foreign member of the Russian Academy of Sciences (1999). He is an Honorary Fellow of the American Society of Mechanical Engineering (ASME).

completed his BSc and MS in mechanical engineering from the Middle East Technical University (METU) in Ankara, Turkey. He earned his PhD in mechanical engineering from Purdue University in 1985. He joined the faculty at the University of Kentucky the same year and was promoted to the ranks of associate and full professor in 1988 and 1993, respectively. In 2008, he was named an Engineering Alumni Association professor. Later that year, he joined Özyegin University in Istanbul as the founding head of the Mechanical Engineering Department. In 2009 he established the Center for Energy, Environment, and Economy (CEEE), which he still directs. He is currently one of the three editors-in-chief of the Journal of Quantitative Spectroscopy and Radiative Transfer and an editor of Physics Open. He has organized several conferences, including five international symposia on radiative transfer as the chair or co-chair. His research expertise includes radiative transfer in multidimensional geometries, light scattering–based particle characterization and diagnostic systems, nanoscale transport phenomena, near-field radiative transfer, applied optics, and sustainable energy and its applications to buildings and cities. He has guided more than 60 MS and PhD students and postdoctoral fellows both in the United States and in Turkey and has six assigned and two pending patents. He is the co-author of more than 150 journal papers, more than 200 conference papers, two books, and several book chapters. He was the co-owner of a start-up company on particle characterization and served as the director of the Nanoscale Engineering Certificate Program at the University of Kentucky. He has been the Turkish delegate to the European Framework programs (FP-7 and Horizon 2020) on energy-related topics and a Turkish delegate to the United Nations Framework Convention on Climate Change (COP). He is a fellow of both the ASME and ICHMT and received the ASME Heat Transfer Memorial Award in 2018. He was elected to the Science Academy, Turkey, in 2017, and currently serves on its executive committee.

received his BSc from the University of Manitoba (1997), his MASc from the University of Waterloo (1999), and his PhD from the University of Texas at Austin (2003). From 2004 to 2007, he worked at the National Research Council Canada as a Natural Sciences and Engineering Research Council of Canada postdoctoral fellow and later as a research officer. While at NRC, he investigated radiation heat transfer in solid oxide fuel cells and helped develop and improve laser-based combustion diagnostics. In 2007, he returned to the University of Waterloo, where he is now a Professor in the Department of Mechanical and Mechatronics Engineering. Professor Daun’s research interests include inverse problems in radiative transfer, laser-based combustion diagnostics, nanoscale transport phenomena, and heat transfer in manufacturing. He has published over 250 contributions, including 90 refereed journal papers. Professor Daun is a fellow of the Humboldt Foundation, a DFG Mercator Fellow, and a Fellow of the American Society of Mechanical Engineering. In 2010, he received the JQSRT Ray Viskanta Young Scientist Award.

(1927 - 2017) received his ScD in mechanical engineering from Massachusetts Institute of Technology in 1953. For two years, he worked at General Electric Co. in the Heat Transfer Consulting Office analyzing the heat transfer characteristics of the Seawolf submarine nuclear reactor. He joined NASA in 1955 and was a senior research scientist at the Lewis/Glenn Research Center, where he researched in heat transfer for more than 50 years until he retired in 1999. Apart from his work in thermal radiation, he studied reduced gravity effects on heat transfer, and developed the first counterweighted drop tower in the late 1950s. His pioneering work on reduced gravity effects, particularly its effect on nucleate and film boiling, led to design of the Glenn Zero Gravity Research Facility, built in 1966 and now a National Historic Test Facility. Dr. Siegel was inducted into the inaugural class of the NASA Glenn Research Center Hall of Fame in 2015 as one of the NASA "Giants of Heat Transfer." He wrote some 150 technical papers and gave graduate heat transfer courses as an adjunct professor at three universities. He was a fellow of the American Society of Mechanical Engineering (ASME) and the American Institute of Aeronautics and Astronautics (AIAA). He received the ASME Heat Transfer Memorial Award in 1970, the NASA Exceptional Scientific Achievement Award in 1986, both the Space Act Award and the AIAA Thermophysics Award in 1993, and the ASME/AIChE Max Jacob Memorial Award in 1996. Dr. Siegel passed away in September 2017.

"This book provides a comprehensive overview of the state-of-the-art practice of thermal radiative with historic retrospectives. It lays down the fundamental physics, along with engineering models and numerical approaches to solve practical problems." 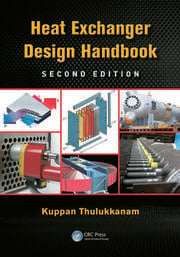 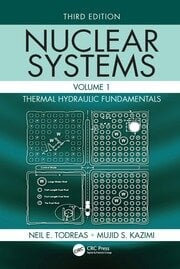 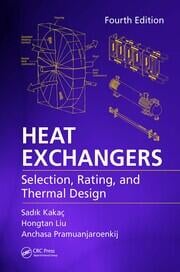