It’s not easy to navigate through EU food laws, so this book provides a clear analysis of the relevant EU regulations, making it beneficial to food safety organizations and food industry professionals. Ensuring Food Safety in the European Union provides an overall detailed analysis of the many and complex initiatives implemented by the European Union Institutions since the European Commission adopted on 12 January 2000 the "White Paper on Food Safety" with the objective of defining the policies to improve the level of health protection for the consumers of Europe's food. Achieving the highest standards of food safety in Europe has been a key policy priority for the European Institutions during the past 20 years through the implementation between 2000 and 2019 of many initiatives anticipated in the mentioned White Paper concerning: (i) The establishment of the European Food Safety Authority; (ii) the adoption of new food safety legislations in many domains; and (iii) the adoption of consumer’s mandatory and voluntary information regulations.

The book offers a review of all the available tools and their practical usefulness on food safety at European level and their possible integration. The interest of the European Institutions for food safety policies continues to be very high as shown by the adoption in September 2019 of the EU regulation 1381 to further reinforce and potentiate, among others, EFSA risk assessment. The main target of the book is the food business operators of large and medium enterprises and their consultants. Other interested parties are the authorities competent at national and regional and local level and university teaching professionals in charge of food safety and related courses.

From the Treaty of Rome In 1957 to the Treaty Of Lisbon In 2009: The European Union Legislative Institutions and Procedures. Major Foodborne Illnesses and Causes Including Bovine Spongiform Encephalo-Pathy (Bse) Crisis. The EU Mandate to Promote Food Safety and The White Paper on Food Safety and the “Farm to Table” Legislation. Regulation EC 178/2002: An Integrated Framework Approach to Support Food Safety. Mandatory and Voluntary Consumer’s Information Regulations. Food and Feed Hygiene, Agri-Food Fraud, Unfair Commercial Practices and Self and Official Controls. Intentionally and Unintentionally Substances Present in Foods. Particular Food Products. Foods for Specific Population Groups. Other Relevant Regulations. European Food Safety Authority (EFSA). The New Regulation (EU) 2019/1381 on The Transparency and Sustainability of the EU Risk Assessment in the Food Chain. Better Training for Safer Food. Overall Conclusions.

Dr. Marco Silano graduated in Medicine and Surgery from the Catholic University of the Sacred Heart - Rome and the Specialization in General Pediatrics at the University of Milan - III School of Specialization. From May 1999 to March 2000 he was Visiting Fellow at the Division of Nutritional Sciences of Cornell University - Ithaca, New York where he studied the intestinal metabolism of long-chain polyunsaturated fatty acids on animal and cell models of pediatric diseases. Subsequently, until October 2003, he carried out assistance and research activities first at the Pediatric Clinic of the San Paolo Hospital - Milan and then at the U.O. of Rheumatology of the IRCCS Children's Hospital Bambino Gesù - Rome. He is currently First Researcher and Director of the Department of Food, Nutrition and Health at the Department of Food Safety, Nutrition and Veterinary Public Health - Istituto Superiore di Sanità. The main fields of research consist of pediatric nutrition and food intolerances. He is a member of numerous Working Groups of the Ministry of Health, on breastfeeding, infant nutrition and weaning, celiac disease and nutritional security. Since 2008 he has been a member of the Board of the AIC Scientific Committee, the Board of which he is Coordinator in April 2014. He is the author of over 70 scientific publications in peer-reviewed international journals, as well as speaker at over 100 national and international conferences.

Prof. Dr. Vittorio Silano, after 20 years of activity at the Istituto Superiore di Sanità, Rome (Italy), and an additional similar period of activity at the Italian Ministry of Health as Director General, is currently Contract Professor on “E.U. Food Safety Legislation”, at the Medical School, II University of Rome, Italy. Dr. V. Silano has published approximately 500 scientific papers in international journals, focusing on alpha-amylase inhibitors in cereals, cereal proteins toxic in celiac diseases, chemical contaminants, safety of botanicals and botanical preparations, food contact materials, flavourings, food enzymes and public health, and 30 books on food safety scientific and regulatory issues; the most recent, Novel Foods, was published in 2018. Dr. V. Silano has also intensively collaborated with the European Food Safety Authority since its inception in 2002 as an external expert and is currently the chairman of its CEP Panel. 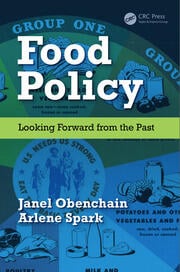 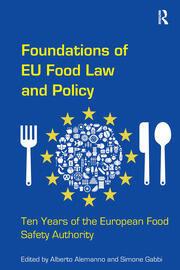 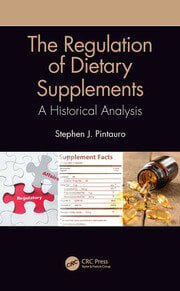