Tea as a Food Ingredient
Properties, Processing, and Health Aspects

Tea as a Food Ingredient: Properties, Processing, and Health Aspects

Tea is one of the most widely consumed beverages worldwide, and tea extract has been used in a variety of food products including beverages, bread, cakes, ice-cream, wine, biscuits, dehydrated fruits, and various meat and dairy products. In recent years, there is growing consumer interest in the tea extract supplemented products.

Tea as a Food Ingredient: Properties, Processing, and Health Aspects provides extensive scientific information on the properties of tea foods, chemical properties, formulations, and tea as ingredient to develop new health foods. It describes tea food production, chemical and physical properties, sensory quality, processing technology, and health benefits. Early chapters present information relating to scientific studies on the health benefits of tea, and the latter chapters focus on introducing tea products into foods, which is the major focus of the entire book.

This book presents current and sound scientific knowledge on the nutritional value and health benefit of the different tea-based food products, and will be beneficial for food science professionals as well as anyone with an interest in tea as a food ingredient and the benefits it can provide.

Prof. Junfeng Yin, Ph.D. is the leading scientist of the tea food processing and diversified utilization innovation team of Tea Research Institute, Chinese Academy of Agricultural Sciences, and the Deputy Director of the Tea Processing Professional Committee of China Tea Science Society. He got his bachelor’s degree from the Department of Tea Science, Zhejiang Agricultural University in 1991 and Ph.D. degree from Zhejiang Gongshang University in 2015. Prof. Yin’s predominant research areas are the flavor chemistry, processing and utilization of tea, including the processing technology of liquid tea beverage, the processing technology of instant tea and tea concentrate, the processing technology of tea foods, and the environmental-friendly extraction and application of tea bioactive compounds. He has achieved over 20 academic grants/ funds, including the Special Fund for Agro-scientific Research from Ministry of Agriculture of China, the grant from the National Natural Science Foundation of China, the Funding for the Transformation of Scientific and Technological Achievements from the Ministry of Science and Technology, the National Programs for Science and Technology Development, and so on. He has won Second Place Prizes of the Provincial and Ministerial Scientific and Technological Progress Award for six times. He has over 50 national invention patents. He has published over 130 articles, more than 30 of which were included in SCI and over 10 of which were published in top journals in food science. He also has released seven books such as Tea Processing Technology, Tea Food Processing Technology, Mechanized Processing Technology and Equipment of Premium Green Tea, Strategies of Consuming Tea, China Tea Product Processing, etc., and is an editorial board member of several academic journals such as China Tea, China Tea Processing, and Journal of Tea Communication. In addition, Prof. Yin has been awarded the First Place of the 151 Talent Project of Zhejiang Province, Young and Middle-aged Expert with Outstanding Contributions of Zhejiang Province, Advanced Worker of Agricultural Science and Technology of Zhejiang Province, National Excellent Worker of Tea Science and Technology, Leading Scientist of the “Ten Thousand Plan” of Zhejiang Province in Scientific and Technological Innovation, etc.

Mr. Zhusheng Fu, is Senior Engineer and Economic Manager, and the President and CEO of Zhejiang Minghuang Food Development Co., Ltd, the President of Food Industry Association of Longyou County and the President of Yellow Tea Industry Association of Longyou County, China. Mr. Fu has devoted himself to the research and development of tea and other natural plants since 1985, mainly focusing on the fine and processing technology of medium and low-grade tea, and the development of various novel tea food products such as instant tea, raw tea material for producing tea beverage, matcha, herbal tea, and fermented tea, etc. He has published several academic articles in national journals. He developed 24 national patents, two of which are invention patents for establishing two national industry standards of instant tea. Mr. Fu accomplished the research project of “A hollow-granule instant jasmine tea”, and was awarded the “Zhejiang Provincial Prize for Progress in Science and Technology” in 1992. His research of “Recombination and enhancement of the functions of tea food processing and products by biocatalyses and industrialization”, was awarded the “Zhejiang Provincial First Prize for Progress in Science and Technology” in 2004. Mr. Fu‘s study on “A novel technology for pesticide removal during instant tea processing”, was awarded the “Zhejiang Provincial Third Prize for Outstanding Industrial Innovative Products and Technology” in 2010. Mr. Fu has received several National and Provincial recognition titles and awards such as the National Pioneer and Leader of Rural Youth, the 115 Talent Project of Quzhou City, the Pioneer of Entrepreneurship and Innovation, the Ten Economic Figures of National Tea Industry, the Outstanding Entrepreneurs of Small and Medium-sized Enterprises in Zhejiang Province, the National Excellent Innovative Entrepreneur of Tea Science and Technology, the Excellent Innovative Entrepreneur in Longyou County, and so on. 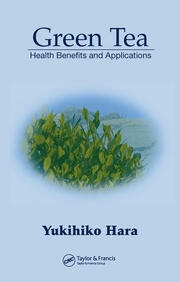 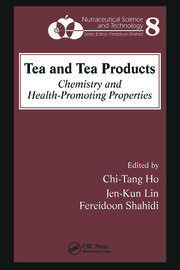 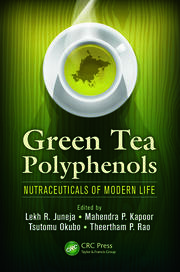