Consumers have the right to know what is in the food they are eating, and accordingly, a number of global food regulations require that the provenance of the food can be guaranteed from farm to fork. Many different instrumental techniques have been proposed for food authentication. Although traditional methods are still being used, new approaches such as genomics, proteomics, and metabolomics are helping to complement existing methodologies for verifying the claims made about certain food products.

During the last decade, proteomics (the largescale analysis of proteins in a particular biological system at a particular time) has been applied to different research areas within food technology. Since proteins can be used as markers for many properties of a food, even indicating processes to which the food has been subjected, they can provide further evidence of the foods labeling claim. Proteomics for Food Authentication, a volume in the Food Analysis and Properties Series, is a comprehensive and updated overview of the applications, drawbacks, advantages, and challenges of proteomics for food authentication.

Workflows, technologies, and tools that are being assessed in proteomics-related studies are described, followed by a review of the specific applications regarding food authenticity and, now and then, food quality.

The book will provide a comprehensive and critical overview of the application of proteomics approaches to determine the authenticity of several food products updating the performances and current limitations of the applied techniques in both laboratory and industrial environments. As such it is well suited to food scientist, chemical engineers, food engineers, research labs, universities, governments, related food industries.

Chapter 5 A MALDI-TOF-MS Approach for Mammalian, Human, and

Chapter 11 Proteomics in Authentication of Wine 203

Chapter 12 Proteomics in Authentication of Honey 213

Universiteit Leuven, Belgium. He is an editor and associate editor of numerous books.

Group—the first, second, and third editions of Food Analysis by HPLC and Handbook

of Food Analysis. The last edition is a two-volume book. Dr Nollet also edited the

Analysis of the Environment (third and fourth editions; CRC Press). With F. Toldrá, he

Wiley). With M. Poschl, he coedited the book Radionuclide Concentrations in Foods

and the Environment, also published in 2006 (CRC Press). Dr Nollet has also coedited

with Y. H. Hui and other colleagues on several books: Handbook of Food Product

Blackwell Publishing—now Wiley—2006 and 2012), and the Handbook of Fruits and

Vegetable Flavors (Wiley, 2010). In addition, he edited the Handbook of Meat, Poultry,

in 2011, with F. Toldrá, he coedited two volumes for CRC Press: Safety Analysis of

published the Handbook of Analysis of Active Compounds in Functional Foods. In a

Analysis was marketed in 2009; Pesticides: Evaluation of Environmental Pollution in

for Pest Control in 2017. Other finished book projects include Food Allergens: Analysis,

Instrumentation, and Methods (with A. van Hengel; CRC Press, 2011) and Analysis

include Proteomics in Foods with F. Toldrá (Springer, 2013) and Transformation

Products of Emerging Contaminants in the Environment: Analysis, Processes,

Occurrence, Effects, and Risks with D. Lambropoulou (Wiley, 2014). In the series Food

Additives (CRC Press, 2015) and Marine Microorganisms: Extraction and Analysis of

Methods in Food Analysis (CRC Press, 2017), and with Horacio Heinzen and Amadeo R.

Fernandez-Alba, he coedited Multiresidue Methods for the Analysis of Pesticide Residues

are Phenolic Compounds in Food: Characterization and Analysis (with Janet Alejandra

Gutierrez-Uribe, 2018), Testing and Analysis of GMO-containing Foods and Feed (with

Mass Spectroscopy Techniques in Food and the Environment (with Basil K. Munjanja,

2019), and Food Aroma Evolution: During Food Processing, Cooking, and Aging (with

, a native of Izmir, Turkey, obtained his BSc degree from the Department of

research on the instrumental analysis and chemistry of vitamins in foods, he received a

PhD in food chemistry from Ege University. In 1991–92, he completed his postdoctoral

Center Melle at Gent University, Belgium. Afterward, he joined the Department of

Food Engineering at Ege University as a scientist of Food Chemistry, being promoted

engineering faculty (2003–2009), Head of the Department of Nutrition and Dietetics

activities have focused on instrumental methods of food analysis. Ötles began a series of

projects on separation and instrumental analysis techniques, first for the analysis of vitamins

in foods, then protein chemistry, carbohydrates, and carotenoids, and most recently 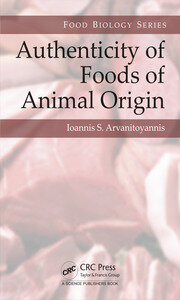 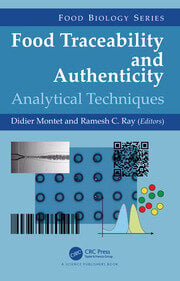 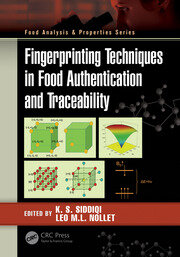